Save 75% on the Ultimate Valentine's Day Printable Library! GET INSTANT ACCESS TO 100+ PAGES HERE

We threw a Hocus Pocus Halloween party and served tons of witch themed food ideas! One of the main dishes was this Witch's Brew Halloween Stew.

Whether you are having a witch themed Halloween party or not, this witches brew soup is both easy and delicious. Plus even kids love it!

In addition to this witch's stew, we served tons of other witch themed foods.  Here's a preview of the other witch-themed Halloween party foods we served. The recipe for the soup is at the very end!

Our salad was just a simple Caesar salad kit placed in a cauldron! So easy!

"Witch warts" Halloween food was frozen jalepeno poppers. These were one of the first things to get eaten. We served them with this easy homemade blood sauce.

Such an easy but popular Halloween party appetizer. 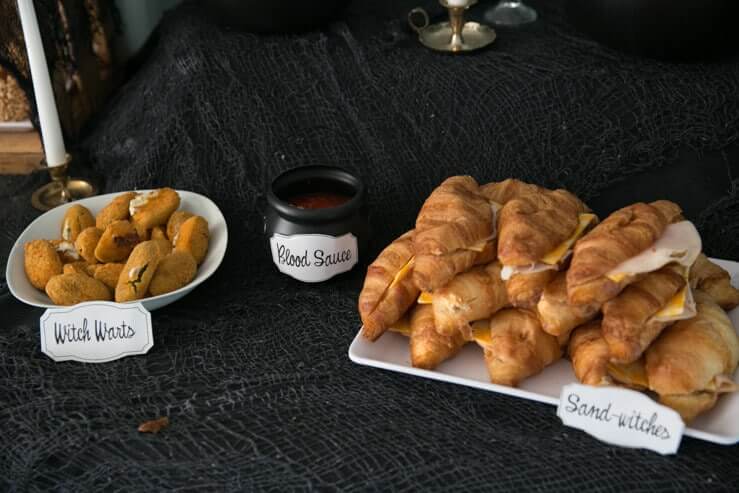 Everyone loves sandwiches! So why not add sand-witches to your spread! 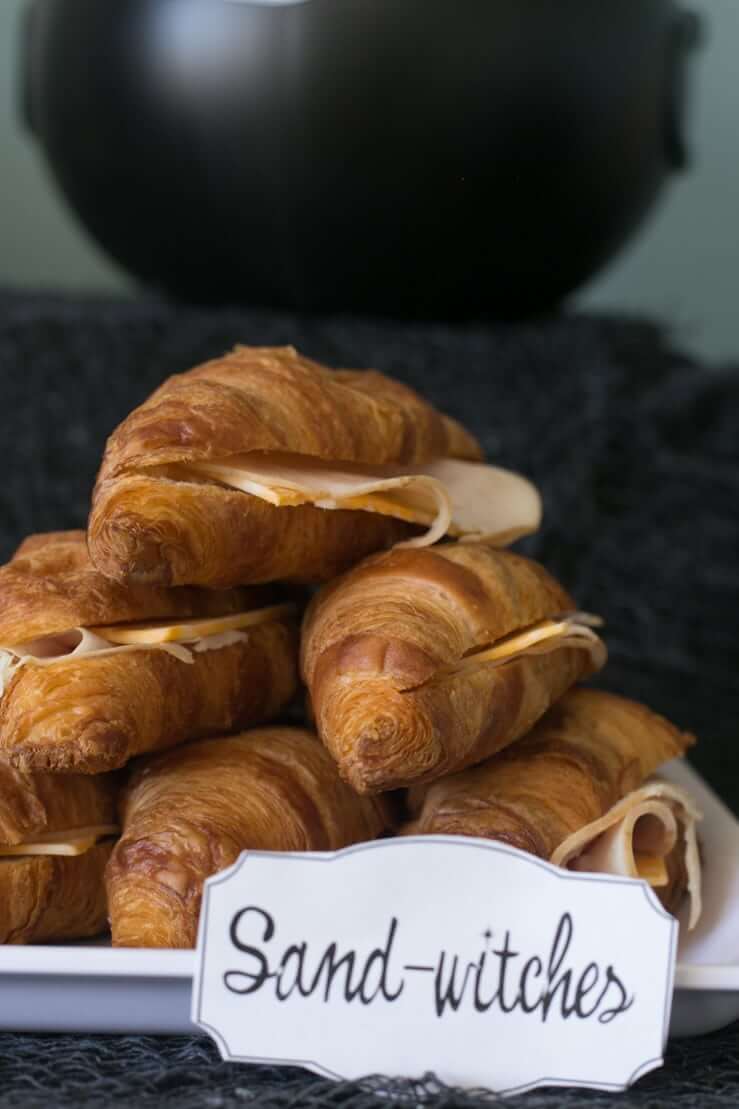 One of our favorite Halloween party recipes is root beer with dry ice.

Obviously, I had a little too much fun coming up with all the witch-themed food!

So yes, we had lots of fun witch-themed Halloween foods, but the main dish was this delicious Witch's Brew Stew.  Witch, I mean which if I'm totally honest, was actually a Halloween soup. Because fall soups are so delicious.

This Wild Rice and Chicken Soup freezes really well, so make it before your party and reheat it when you are ready to serve it.  Or throw it in the slow cooker the day of the party to thaw until you are ready to eat.

HOW TO SERVE THE WITCH'S BREW STEW

For extra festiveness, serve this soup out a cauldron!

As a warning, be sure your cauldron is food safe and solid like this inexpensive cauldron from Amazon. I learned this the hard way when as I was transferring the soup into the cauldron, I noticed there was a small hole at the bottom. Luckily, setting the cauldron on a plate solved the problem, but it could have been worse!

Not all cauldrons are created equal. Be sure you get a food-safe cauldron.

After you make this witches soup, will you pretty please come back and leave a rating? Thanks!

A comforting and simple soup to make that's perfect to serve out of a cauldron for Halloween parties!

This soup freezes well. So make a big batch ahead of time and pull it out in time for your party.

You can easily double or triple this recipe.