Celebrating St. Nicholas Day on December 6th is not just another fun holiday. Once you learn about the kind man that St. Nicholas was, you’ll be inspired to help others in need, especially during the holiday season. 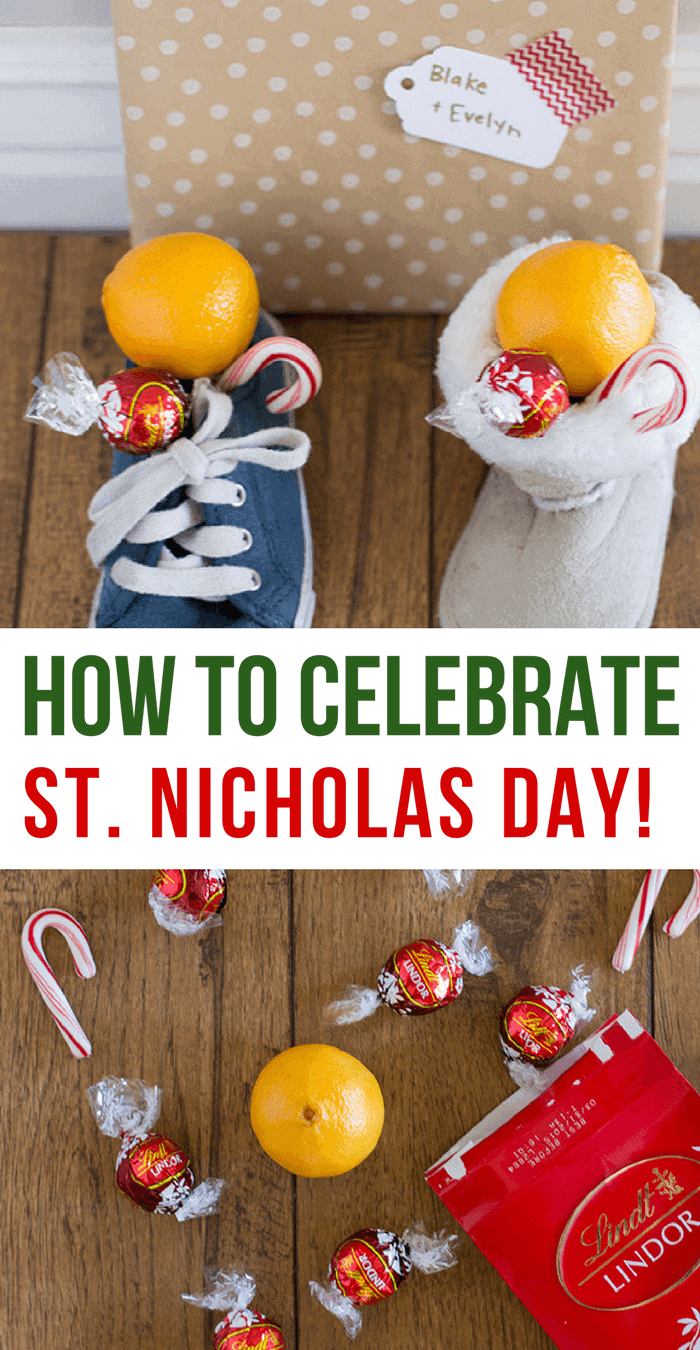 What is St. Nicholas Day?

St. Nicholas Day is December 6th. But what’s so special about it?

I had my first visit from St. Nicholas back in December 2006, when I was on the island of Tenerife. Ever since that day when I learned about St. Nicholas, December 6th has been a day we have celebrated.

Who was St. Nicholas?

According to the St. Nicholas Center, Nicholas was born to wealthy parents. His parents, who raised him a devout Christian, died from an epidemic when Nicholas was young. Trying to obey the teachings of Jesus to “sell what you own and give to the poor”, Nicholas used his entire inheritance to help the needy and sick. He was made a Bishop and continued to dedicate his life to help those in need and especially loved children.

He died on December 6th, which is the day we celebrate St. Nicholas Day.

There are many legends and stories about St. Nicholas that exemplify the type of person he was:

One story tells of a poor man with three daughters. In those days a young woman’s father had to offer prospective husbands something of value—a dowry. The larger the dowry, the better the chance that a young woman would find a good husband. Without a dowry, a woman was unlikely to marry. This poor man’s daughters, without dowries, were therefore destined to be sold into slavery. Mysteriously, on three different occasions, a bag of gold appeared in their home-providing the needed dowries. The bags of gold, tossed through an open window, are said to have landed in stockings or shoes left before the fire to dry. This led to the custom of children hanging stockings or putting out shoes, eagerly awaiting gifts from Saint Nicholas. Sometimes the story is told with gold balls instead of bags of gold. That is why three gold balls, sometimes represented as oranges, are one of the symbols for St. Nicholas. And so St. Nicholas is a gift-giver.

Before you celebrate Saint Nicholas, you may want to read some stories about him. There are many fun children’s books about Saint Nicholas. They are easy enough for children to understand and explain the history of how Saint Nicholas came to be.

Here’s a few of our favorite books about him:

A simple story with beautiful illustrations that tells the life of Nicholas through a skillful blend of fact and legend.

The Legend of Saint Nicholas

This book tells the story of a young man named Nicholas, who was moved by the plight of the poor and needy. Nicholas spent his life secretly helping the poor all over the world, giving gifts on Christmas Eve to remind people of the greatest Gift of all, Jesus Christ. This gentle Christmas book introduces the original St. Nicholas and offers inspiration for readers to become cheerful givers themselves. The final pages in the book include fun Father Christmas traditions in other lands.

The Legend of the Stocking

This wonderful Christmas tale, set in the late 1800s, shares the touching story of a young boy named Peter. He sells newspapers to help his family while his father is away at sea, and he’s been saving a bit of his earnings to buy a model schooner in the woodworker’s shop. But after Uncle Jim, the woodworker, tells him the story of St. Nicholas, Peter discovers the meaning behind the hanging and filling of Christmas stockings and learns a heartfelt lesson in kindness and generosity. Filled with the rich, realistic illustrations of Jim Griffin, children ages 4 to 8 will discover the depth of God’s love shown through others as they learn the Christian meaning revealed in The Legend of the Christmas Stocking.

Make your St. Nicholas Day celebration as simple as you’d like. We leave our shoes out on December 5th and then we wake up on December 6th to find that St.  Nicholas has left some treats or a little gift for us.

Here are a few other ways to celebrate:

How will you celebrate St. Nicholas Day?

Melissa loves simply celebrating life through holidays, parties and family travel. And loves to share her best ideas to help you celebrate simpler! She's the mom to 4 adorable children and loves indulging in gelato with her husband.

How to Create a Fun Christmas Book Countdown Advent Calendar

5 Secrets to a Stress-Free Holiday Season

How to Simplify Your Christmas Season!

Do you love to celebrate but hate the stress that comes with it?