All you need to know to plan your very own Children's Bike Parade--a fun activity for the 4th of July or neighborhood party.  You'll also learn how to create a balloon arch for $20! 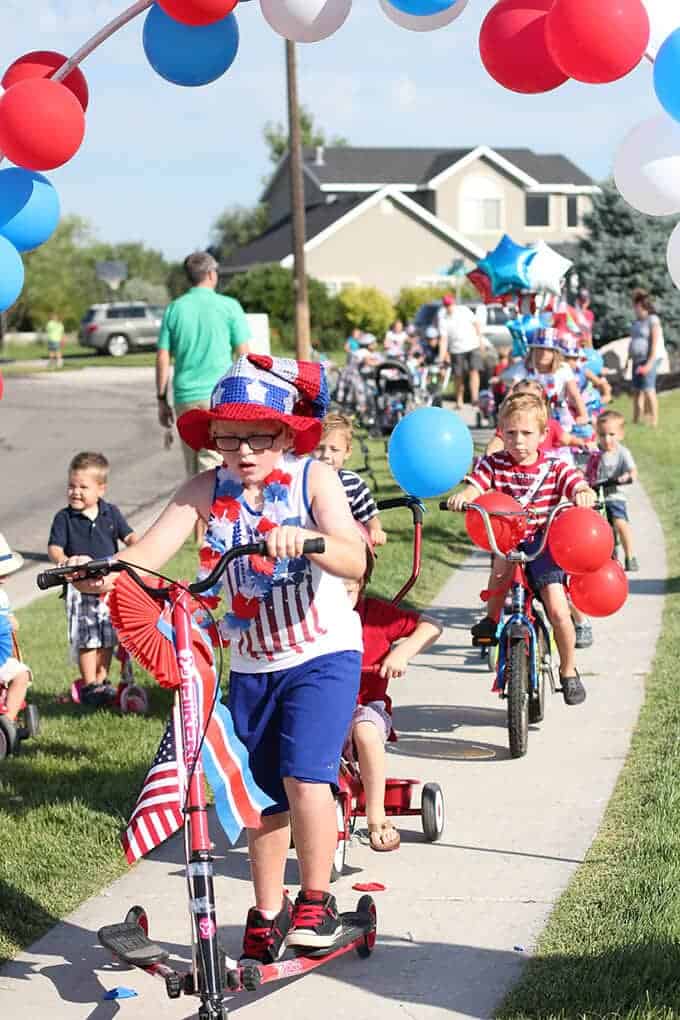 HOW TO HOST A 4TH OF JULY BIKE PARADE

Having your own bike parade is such a fun activity to kick off the 4th of July or any other time you want to gather friends and neighbors!

My husband and I have hosted a kid's bike parade for many years now, so I'm super excited to share all the tips and tricks we've learned to make your bicycle parade a success! (Plus the fact that our neighbors ask us if we are going to host it every year is a pretty good sign that we are doing something right!)

ELEMENTS OF A KIDS' BIKE PARADE

The gist of a bike parade is this:

The great thing about hosting a neighborhood bike parade is that you won't need a lot of decorations.

However, you can make this fun balloon arch for just $20! It will make such a huge statement at your celebration.  Plus kids will love riding their bikes through it.

Now, before you say to yourself that making a balloon arch is too complicated, let me assure you that it's much easier than you think!

I've written a detailed Balloon Arch Step-By-Step Guide here. Plus, your balloon arch will only cost $20 to make. And that includes balloons!

Half the fun of a bike parade (besides riding through the balloon arch of course 🙂 ) is looking at all the decorate bikes. Especially if your bike parade is on the 4th of July, you'll love seeing all the red, white and blue adorn the bikes. It seriously makes for one festive morning.

Here's some bike decorating ideas for parade from kids in our neighborhood:

Wondering how to decorate bike for parade? The sky is the limit for bike decorations, but here's a few our favorite decoration ideas:

HOW DOES THE PARADE WORK?

Here's how to manage the parade:

MAKE IT A POTLUCK BREAKFAST!

Have everyone over early for a potluck breakfast! Your breakfast doesn't need to be anything fancy.

Don't stress it! You can go all out with a big breakfast or keep it really simple and make it potluck style! If you go the potluck route, tell everyone to bring their favorite breakfast food!

I hope these ideas have helped you feel confident to throw a super fun children's bike parade!

If you have any questions, shoot me an email ([email protected]) or leave a comment and I'll get back to you!

And don't forget to tag me @sofestive on Instagram so I can feature you! 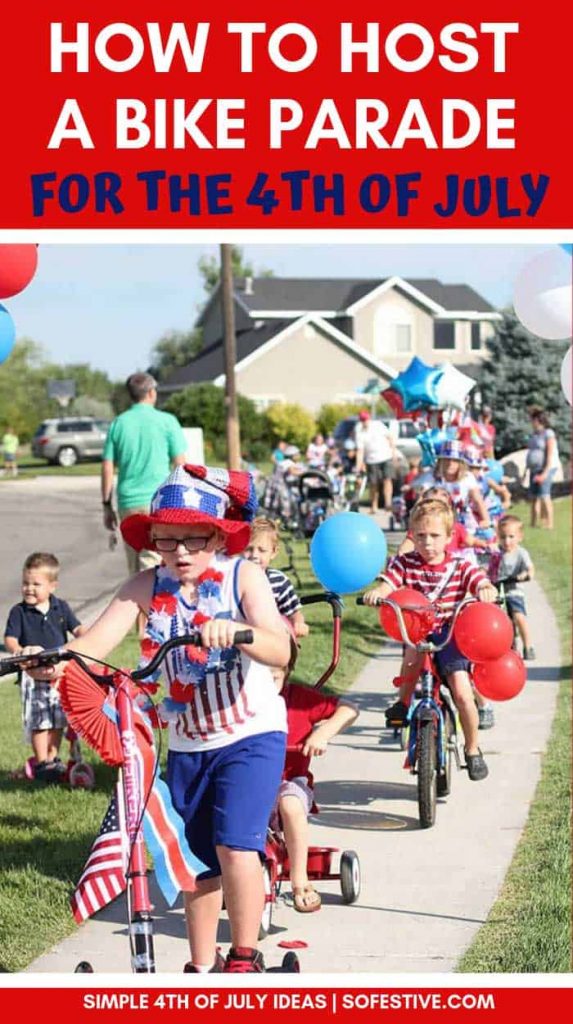