Save 75% on the Ultimate Valentine's Day Printable Library! GET INSTANT ACCESS TO 100+ PAGES HERE

It's tradition to write letters to Santa well before Christmas, but in our family, we also write a letter to Santa Claus on Christmas Eve. This was a tradition my mom did when she was a little girl and we still do it to this day. 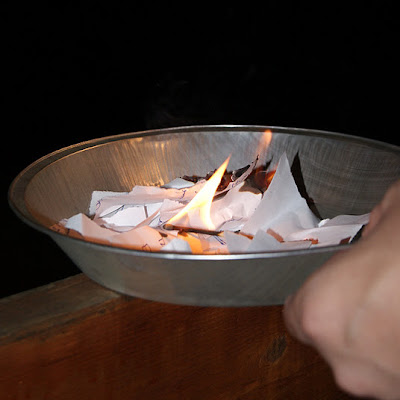 After we have put on our new pajamas that we get Christmas Eve, we sit in the family room and write a letter to Santa. When we were younger, we would ask for toys and things, but now that we are older, writing this letter has become hilarious! We will ask for boyfriends or a diamond ring or fun things like that to make it interesting. Sometimes we even video it for fun memories later on.

Everyone gets a turn to say what they want to Santa and then we always end with saying that we would be happy with anything and we love Surprises!

Then, we put the letter in a pie tin. We burn it and sprinkle the ashes over the deck onto the snow. When Santa comes, he magically puts the letter together and reads what we want before leaving our gifts.

I know when I have told this tradition to some people, they think it is the weirdest thing ever! But, it has been a tradition in our family that we love so much we have even carried it on when each of us was living abroad.